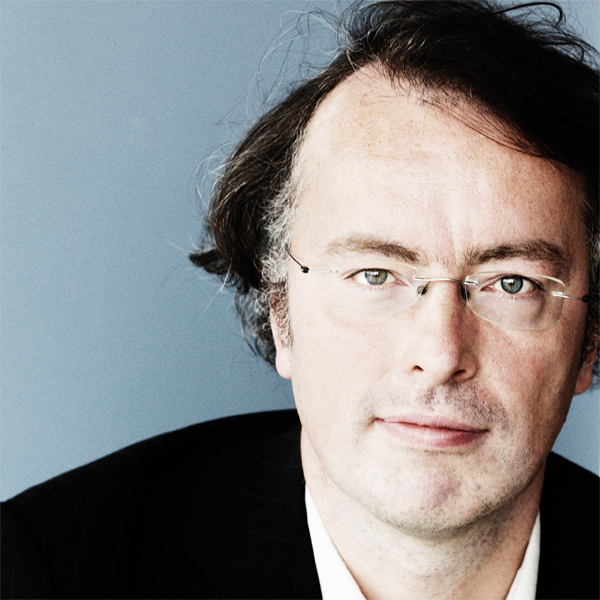 Professor of Cognitive Neuroscience at the Department of Neuroscience, Karolinska Institutet, and project leader for the project “Humans Making Music” 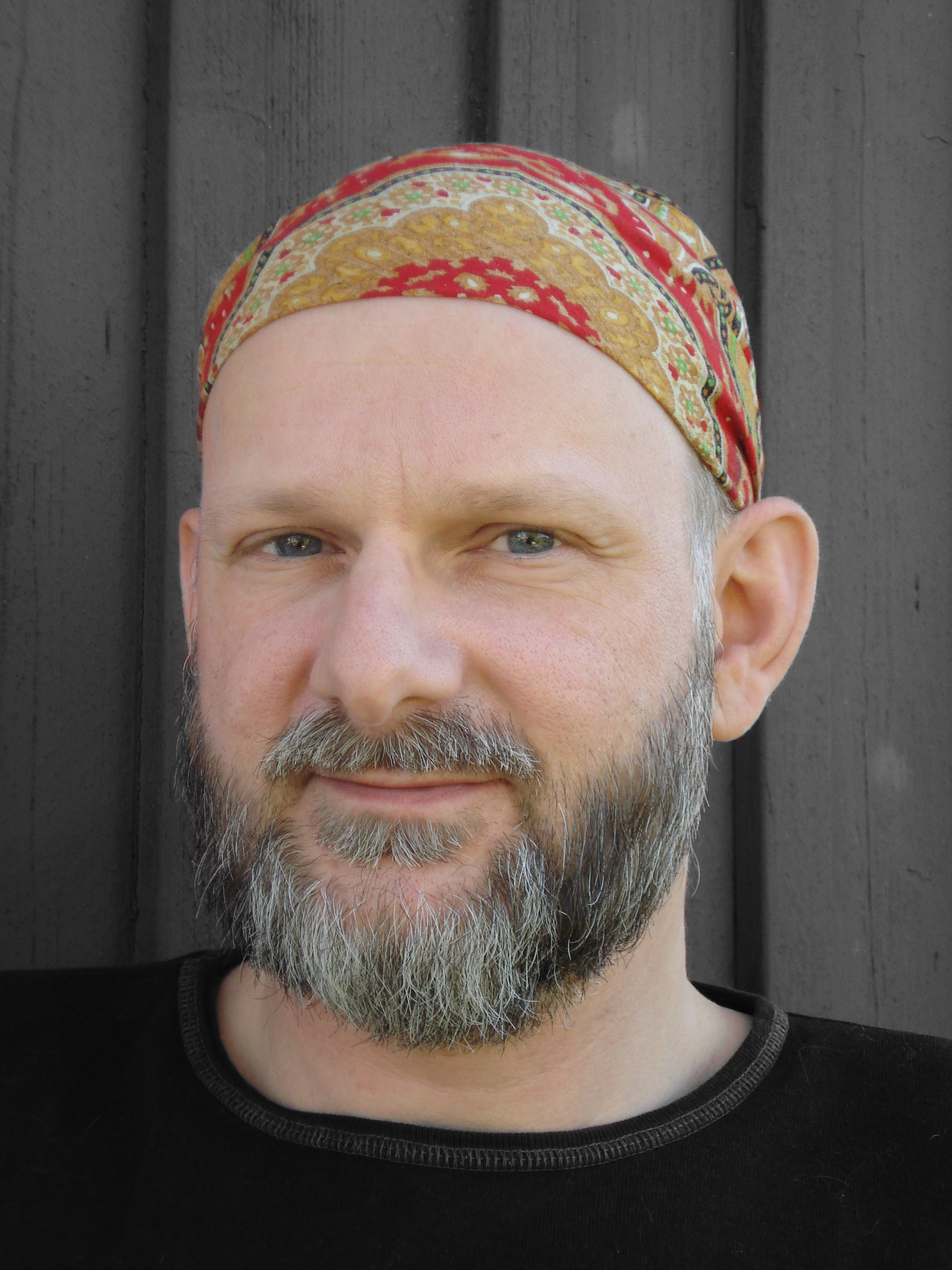 Professor in Psychology at Umeå University

Guy Madison completed his PhD at Uppsala University with Alf Gabrielsson as supervisor. His dissertation showed, among other things, that the human brain’s method of processing time is non linear; an idea that opposed the then dominant models. This means that when we percieve events and simultaneously make movements, for example playing tennis or music or driving a car – our perception of time gradually decreases stepwise with increasing intervals of time. From an evolutionary perspective this could be an optimised reaction from our nervous system to the sort of time intervals (from tenths of a millisecond up to a few seconds) that are essential for our survival, for example in physical and social interaction with other people. Guy Madison has also carried out research focusing on our experience of music and musical performance in 10 projects financed by the Research Council in Sweden (Vetenskapsrådet) and the National Bank’s Jubilee Foundation (Riksbankens jubileumsfond). He completed his PhD in 2005 and moved to a position at Umeå University 2006, where he was appointed Professor on July 1st 2011. 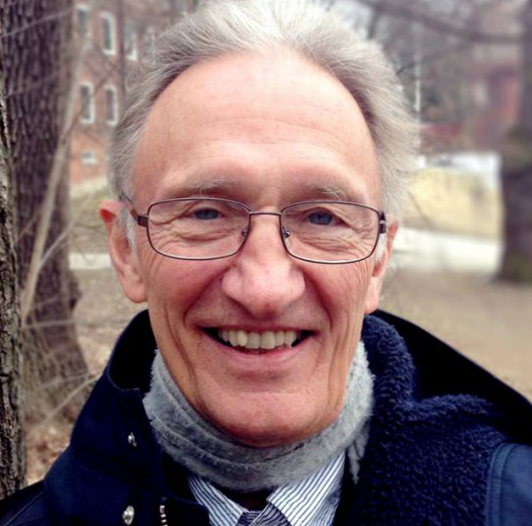 Medical Doctor and Senior Professor at Karolinska Institutet. Previously head of the Department of Psychology (now the Stress Research Institute) 1995-2006

Töre Theorell has studied how stress affects us, both through studying large groups of people with epidemiological methods, and by studying how hormones, circulation and the immune system are affected by stress factors when following an individual over a length of time. His roll in the project has been to contribute with his knowledge of the effects of musical experiences on our health, and how these take place. Theorell’s thoughts on music and health are available in his book “Noter om Musik och Hälsa”, which is available online. A lot of information about Theorell’s research is available on the Stress Research Institutet’s (Stressforskningsinstitutets) website. More information can also be found by searching for Theorell T in the PubMed database. 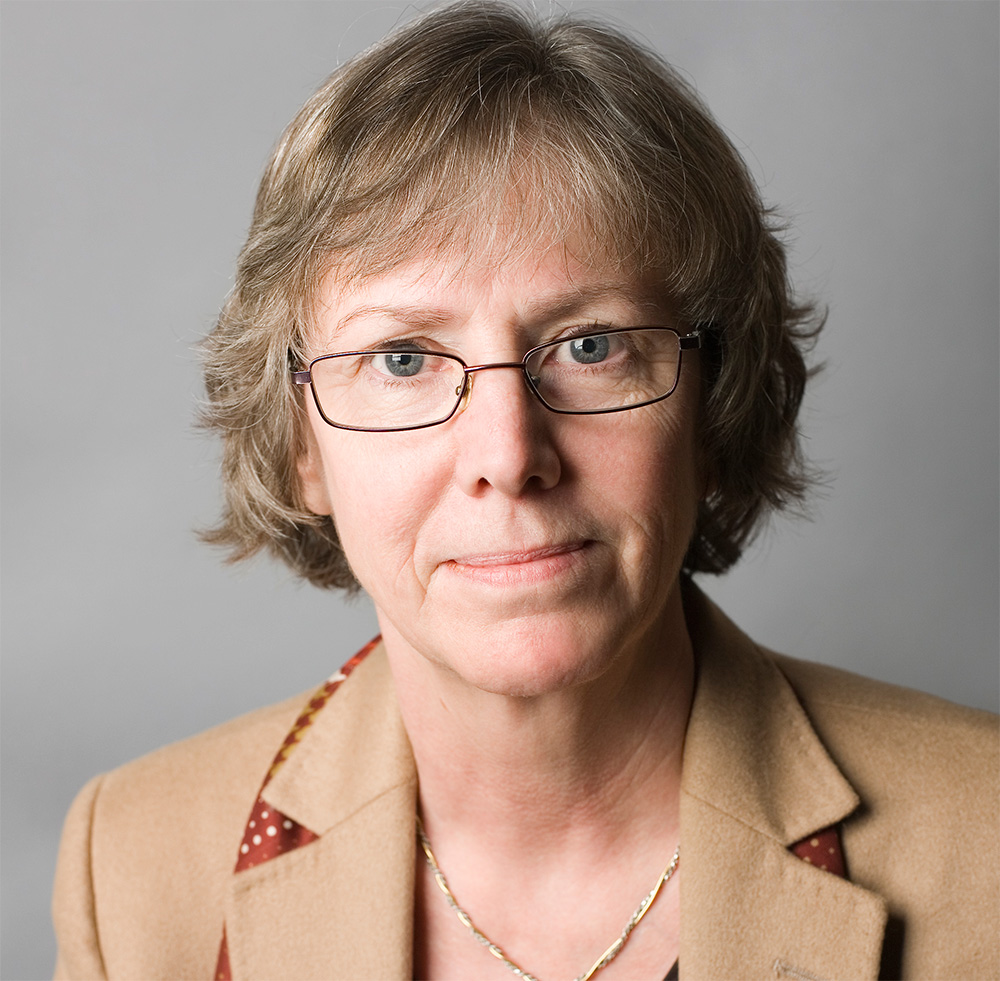 Professor at the Department of Medical Epidemiology and Biostatistics (MEB), Karolinska Institutet 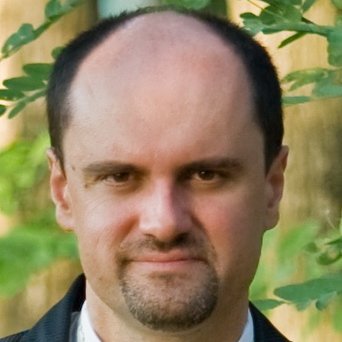 László Harmat was born in southern Hungary (Mohács) in 1972. He passed his music teacher examination at Esterhazy Károlys in Eger, Hungary and afterwards started working as a music teacher in several high schools in Budapest, and as a lecturer in music pedagogy at the International Pető Institute between 2001–2007. He later took his Psychology exam at the University of Szeged in 2005, and PhD in 2010 at Semmelweis University, Behavioural Sciences Institute and became Associate Professor in Psychology at Semmelweis University in 2009. László’s main interest lies in measuring the Psycho-physical effects of listening to music and musical training. From 2007 onwards he has had several collaborations with Professor Töres Theorell (Stressforskningsinstitutet, Stockholms university) and Professor Fredrik Ullén (Karolinska Institutet). In 2001 László was invited to join the Humans Making Music project as a PostDoc. 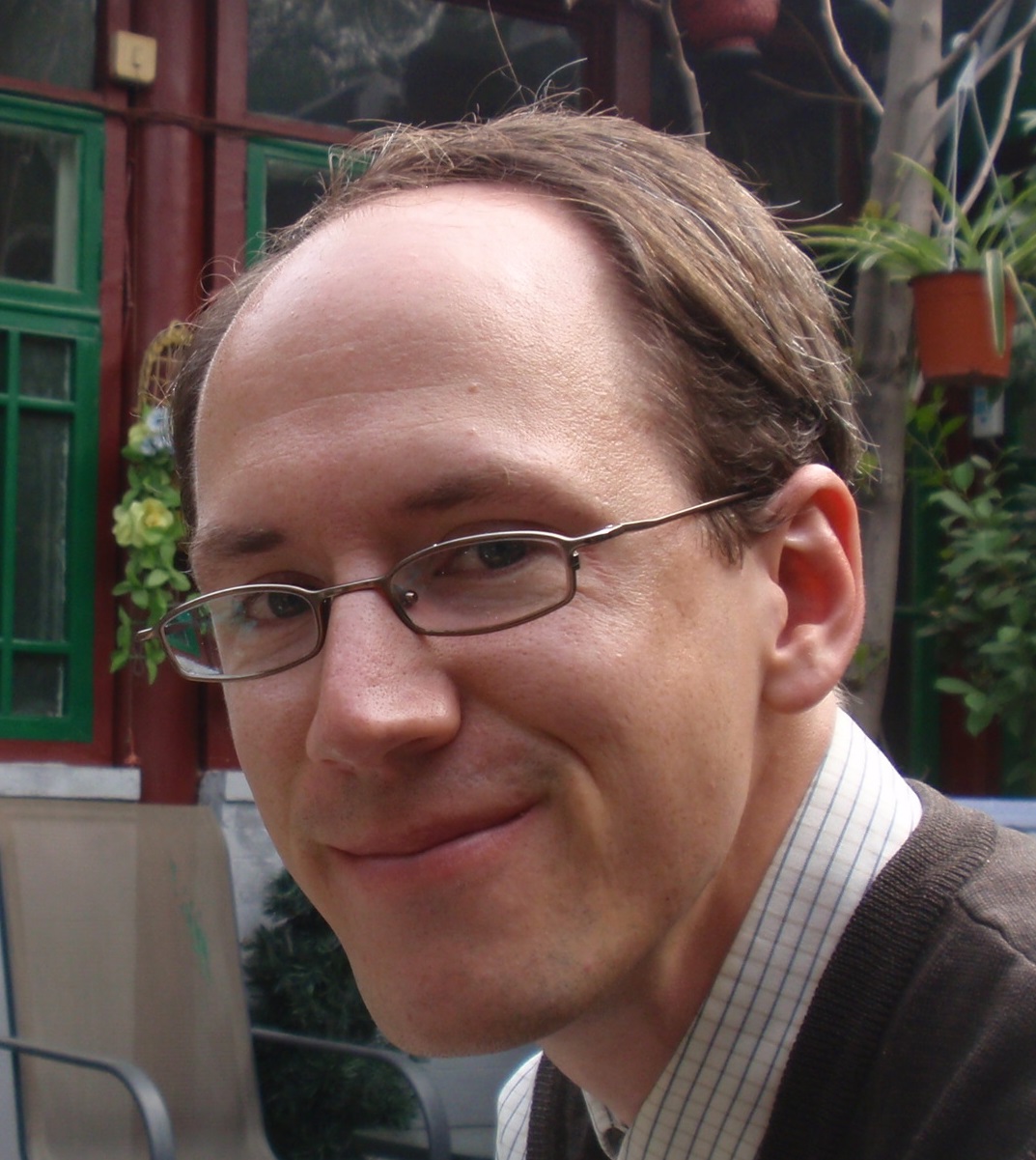 Linus Holm completed his Master of Philosophy exam in Cognitive Science in 2002 at Umeå University. His dissertation in Psychology at the same university in 2007 was with his thesis ”Predictive eyes precede retrieval: Visual recognition as hypothesis testing”. After his dissertation he carried out postdoctoral research at the University of Minnesota and the University of California in Los Angeles between 2007–2009, in a project focusing on the visual recognition of objects, which was financed by the Swedish Research Council (VR). He returned to Umeå between 2010-2012 for further PostDoc research in a project about timing and cognitive control. Linus Holm has worked as Associate Professor at Umeå University since 2013. His current research examines the control mechanisms that steer human timing behaviour though experiments and modelling. 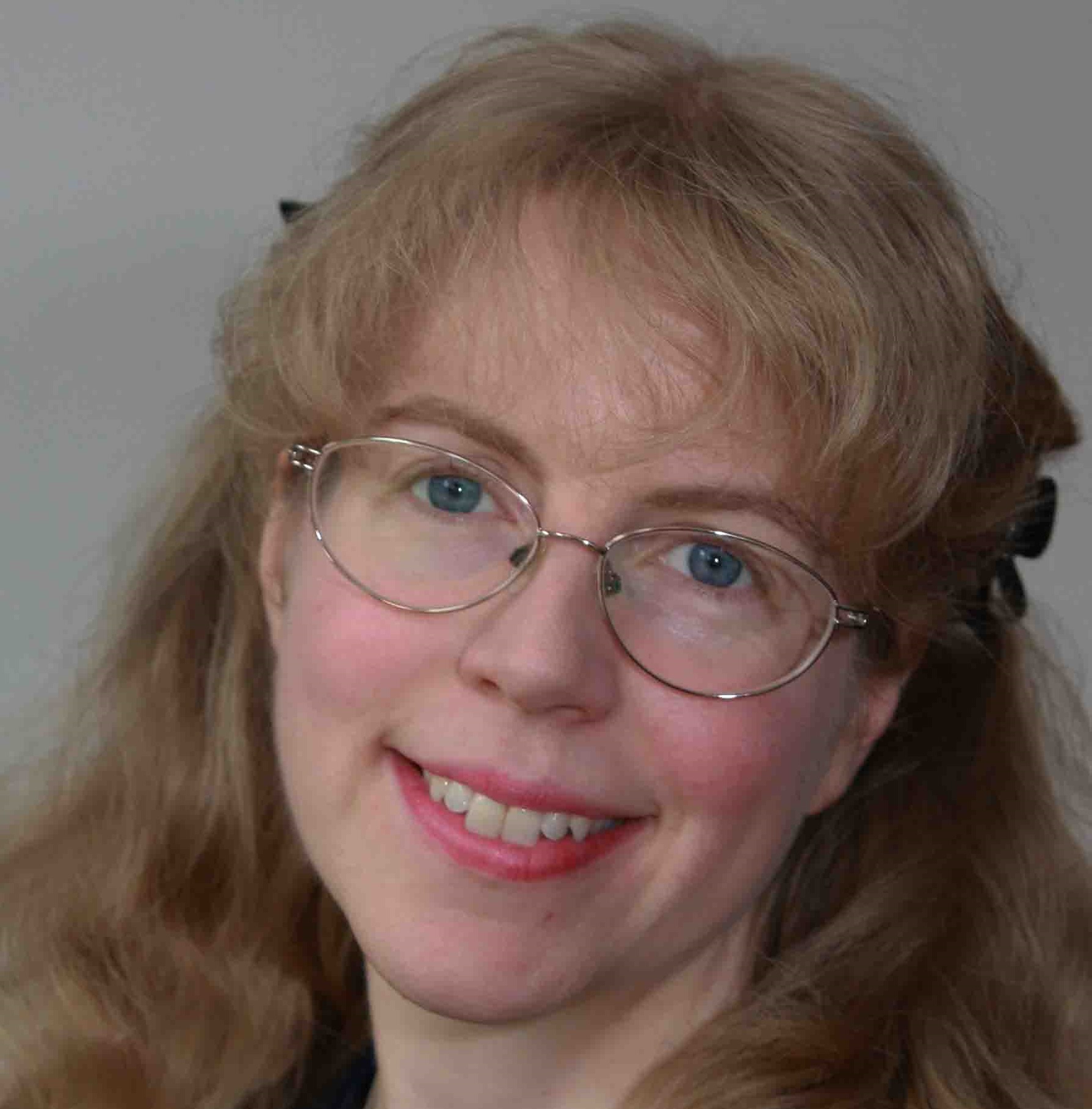 Helene Eriksson started her university studies on the solo piano musicians programme at The Royal College of Music in Stockholm. In 1999 she passed her exam there under the supervision of her teacher Tamara Jeltova and took a musical theory masters exam with Professor Lars-Erik Rosell, among others. Later she was an Associate Professor and teacher at the The Royal College of Music and she went on to further academic studies at Stockholm’s University, an amanuensis position at The Royal College of Music, Piano studies with Elena Jordan and a two year Master’s course in piano with Professor Jiri Hlinka. Her dissertation in Musicology was in 2006 with Professor Börje Stålhammar, Örebro University and Professor Matti Raekallio, Sibeliusakademien in Helsingfors as supervisors. She worked at the music school Lilla Akademien between 2008–2011 and was a PostDoc in Fredrik Ulléns group at Karolinska Institutet from 2011 onwards. One of Helenes greatest interests is applying natural science methods to music related research areas. 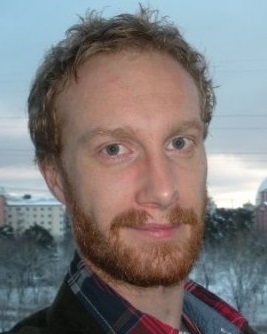 Örjan de Manzano’s academic education started with the Bachelors Programme in Cognitive Science at Linköping university, followed by his Master’s exam in 2006. In between these programs, he worked as a user experience/ interaction designer for ISD Technologies AB, where he developed both the physical working environment and the graphical interface for air traffic control. Shortly after his exam, he was employed as a PhD student at the Department of Women’s and Children’s Health at Karolinska Institutet and at the Stockholm Brain Institute research school, supervised by Fredrik Ullén and Hans Forssberg. His dissertation was in 2010, and he became the first Swedish researcher to dedicate his dissertation to examining the biological causes for creativity and flow experiences. With this background, Örjan has researched the connection between creativity and psychological illness and how the brain functions during musical improvisation, using methods such as PET and fMRI (listen to Utbildningsradions program in Swedish, or TEDx in English), and how playing the piano affects the physiology of the human body (for example heart function and breathing). 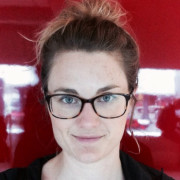 Miriam Mosing’s dissertation was at the Genetic Epidemiology Department at Queensland Institute of Medical Research (QIMR) and the University of Queensland (UQ) in Brisbane, Australia, with her thesis “Genetic and environmental influences on the variation in and co-variation between traits related to quality of life throughout life time and in the aged”. Prior to her dissertation Miriam completed a masters exam in Neuropsychology and a bachelor’s degree in Biological Psychology at Maastricht University in the Netherlands. Her bachelor’s and masters exams were mainly focused on Neuroscience, whereas her PhD thesis was built on the analysis of data from the twin registries in both Australia and Sweden. She has worked in the project “Humans Making Music” since 2012. 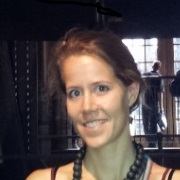 Diana Müssgens is a PhD student at the department of Neuroscience, Karolinska Institutet and at the National Institute of Health, USA, She passed her Bachelor’s exam in Biological Psychology in 2009 at Maastricht University in the Netherlands, where she also completed a two years Masters program in Cognitive Neuroscience, specialising in research. As part of the program she worked at the National Institutes of Health, USA, in Chris Bakers laboratory. In her Masters exam work she used multivariate pattern analysis on high resolution (7T) fMRI data to decode the brain’s interpretation of visual impressions. Her PhD thesis work has been a collaboration between the Karolinska Institutet och National Institutes of Health, USA. In her research project she examines the mechanisms and neural correlates used during so called Motor learning 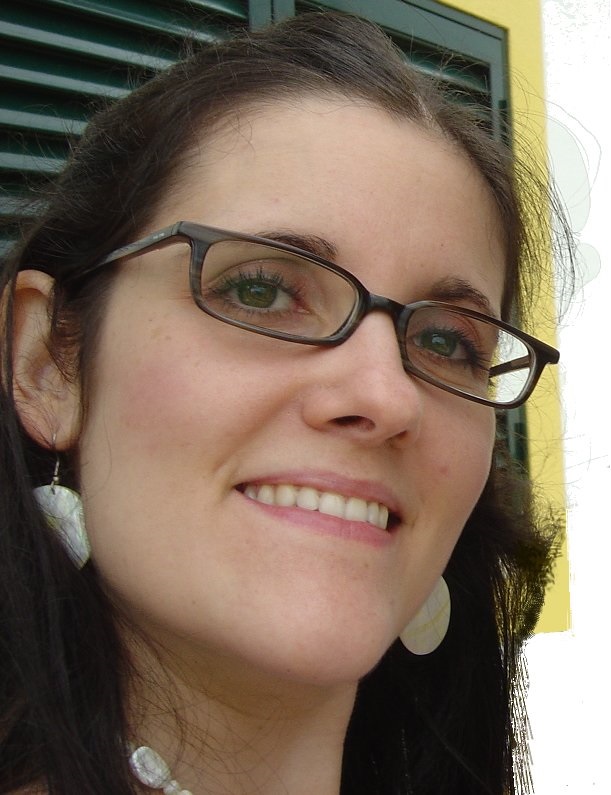 Ana Louísa Grilo Pinho is a PhD student at the Department of Neuroscience, Karolinska Institutet. In Portugal her supervisor is Miguel Castelo-Branco, Scientific Coordinator at the Institute for Biomedical Research on Light and Image (IBILI) at the Faculty of Medicine, University of Coimbra. She completed her masters exam in Technical Physics in 2008 at the Instituto Superior Técnico, Technical University of Lisbon, and the following year begun working on the research program in Experimental Biology and Biomedicine at the Center for Neuroscience and Cell Biology (CNC), University of Coimbra, Portugal. Since 2010 she has been a exchange PhD student at Karolinska Institutet, where she studies
the neuro-cognitive processes used in musical creativity.

Therese Söderlund has a Bachelor’s degree in Psychology and a Masters in Working life and Health. She is a research assistent at Umeå university, and works with different types of data management, including sound stimuli for musicality tests. 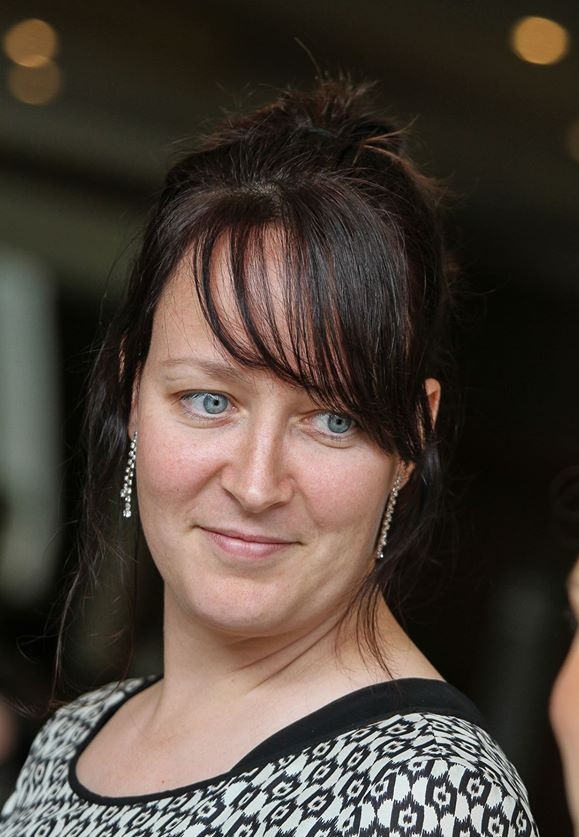