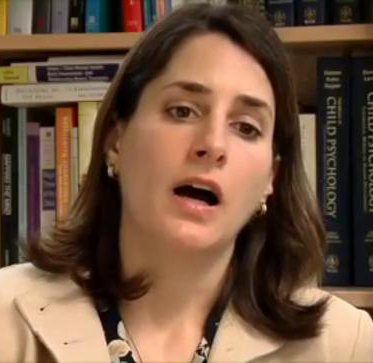 On Thursday March 6th, Mary Helen Immordino-Yang gave a lecture through videolink for an audience at the Karolinska Institute and its course "Culture and Health" on the topic "Embodied Brains, Social Minds, and the Emotional, Cultural Self".

Mary Helen Immordino Yang is Assistant Professor of Psychology at the Brain and Creativity Institute, and Assistant Professor of Education at the Rossier School of Education, at University of Southern Califonia, Los Angeles. She studies the interplay between emotions and cultural experiences, development, cultural background and learning. She has among other things studied emotional reactions during storytelling by fMRI.

Immordino-Yang, Studying the Effects of Culture by Integrating Neuroscientific with Ethnographic Approaches. Psychological Inquiry: An International Journal for the Advancement of Psychological Theory, 24: 42. (2013)

between Mary Helen and Howard Gardner on digital media, learning and empathy: