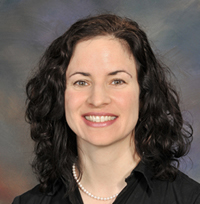 On Thursday Jan 30th, a lecture was given in the "Culture and health"-series by Madeleine Hackney. A former professional dancer, she develops and studies dance classes for treatment of Parkinson´s Disease. In well controlled studies she has shown significant and clinically relevant effects of short intensive training programmes with Argentine Tango

She started by pointing out that a major problem in Parkinson´s Disease is the risk to fall. Thus, a therapy that reduces the risk is highly desirable. Dance, not least tango, might be such a therapy, since dance trains many of the functions, whose decline is responsible for the increased risk of falls. (Balance, ability to initiate movements, turn and multitask etc).

Madeleine therefore designed a program with 1,5 hour classes five times a week for four weeks, where Parkinson´s patients trained Argentine tango with a partner, who did not have the disease.

In her first studies, she compared this tango programme with classical exercises, and found that tango gave significantly better effects on balance and other physical parameters. She continued by comparing tango with waltz and foxtrot, and found that these dances also had similar effects. She also studied whether a partner was necessary for the effects, and found that a non-partnered programme had similar physical effects, but gave less enjoyment for the participants.

An interesting question is whether it is best for the patient to take the leaders or the followers role in the dance. Performing the two roles engage different parts of the brain, and the question is which of the variants that best fits with the areas involved in the tasks that is difficult for Parkinson´s patients. To investigate these question, Madeleine is setting up functional MRI-imaging, and hope to be able to study which parts of the brain that gains from the training programmes.

Finally she mentioned an effort together with robot- and computer scientists, to build a robot that can function as a dance partner. She told that the robot now that can feel and respond to its partners movement, but that it yet doesn´t dance very well.

Effects of Dance on Gait and Balance in Parkinson’s Disease: A Comparison of Partnered and Nonpartnered Dance Movement, Hackney & Earhart, Neurorehabil Neural Repair 24:384 (2010)