Kultur och hjärna föreläsning 15 April: Beyond the limit of sensorimotor skills of musicians 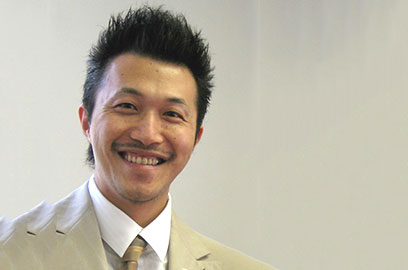 Titel: Beyond the limit of sensorimotor skills of musicians

Shinichi Furuya is a researcher and program manager at Sony Computer Science Laboratories, research associate professor at Sophia University, and a guest professor at Hannover University of Music, Drama and Media. After studying mechanical engineering, biomechanics, and motor neuroscience at Osaka University in Japan, he worked at University of Minnesota (USA), Hannover University of Music, Drama and Media (Germany), and Sophia University (Japan). He received the Postdoctoral Fellowship at Alexander von Humboldt Foundation, Heisenberg Fellowship  at German Research Foundation (DFG), and Susanne Klein-Vogelbach-Prize for the Research of Human Movement. His research goal is to support for musicians to overcome the limit of musical expertise and to prevent injuries through musical practicing. Toward the goal, he has studied neuroplastic and biomechanical mechanisms subserving acquisition, sophistication, loss, and restoration of sensorimotor skills in musical performance. He is also an organizer of the piano academy program hosted by Sony CSL, at which he provides physical education and technological support for young talented pianists.