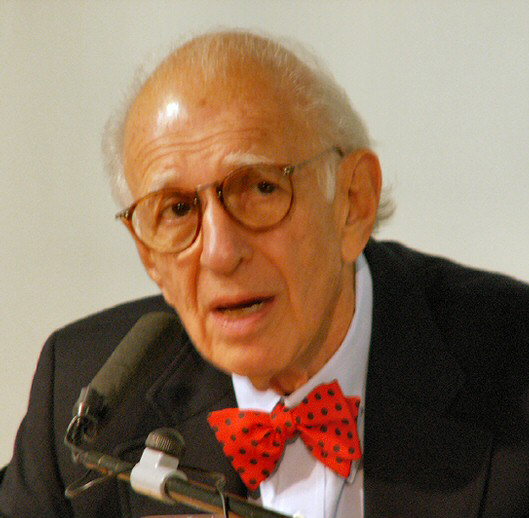 On Thursday March 20th the Nobel laureate Eric Kandel gave a talk for the participants on the lecture series "Culture and Health". He reviewed his lifelong research on cellular and molecular mechanisms of memory, and ended up with recent findings in his laboratory that maintenance of memory might involve molecular mechanisms analogous to the propagation of the prion-proteins, responsible for "Mad cow"- and other related diseases.

As usual, the lecture was followed by informal discussions with the participants on the course.

Nobel laurate Eric Kandel is professor at the Department of Neuroscience at Columbia University, New York and Director of The Kavli Institute for Brain Science.

Kandel, E, The Age of Insight: The Quest to Understand the Unconscious in Art, Mind, and Brain, from Vienna 1900 to the Present, Random House 2012