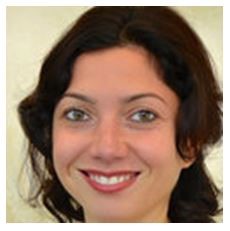 Sammanfattning
In an ongoing multi-year longitudinal study, we have been investigating the effects of a group-based music training program on development of children, beginning at age 6, using behavioral, neuroimaging and electrophysiological measures. The target group of children have been participating in the Youth Orchestra of Los Angeles (YOLA) program. This music program is based on the Venezuelan system of musical training known as el sistema and offers free music instruction 6–7 hours weekly to children from underprivileged and under-resourced areas of Los Angeles. The children in the music program have been compared with two groups of children, one involved in a community-based sports program and another not enrolled in any systematic afterschool training.

At the onset, we established that there were no pre-existing differences among the groups.  Over the course of 5 years, we have observed that children in the music group had better performance than comparison groups in musically relevant auditory skills (pitch and rhythm discrimination) and showed an accelerated maturity of auditory processing as measured by cortical auditory evoked potentials. We also observed that children in the music group showed a different rate of cortical thickness maturation between the right and left posterior superior temporal gyrus and higher fractional anisotropy in the corpus callosum, specifically in the crossing pathways connecting superior frontal, sensory, and motor segments.

For nonmusical skills, children with music training, compared with children without music training, showed stronger neural activation during a cognitive inhibition task in brain regions involved in response inhibition and decision making (bilateral pre-SMA/SMA, ACC, IFG). Finally, we observed that parents of children involved in music training, after four years, rated their children higher on the emotional stability personality trait and lower on aggression and on hyperactivity compared to children not involved in music activities despite no differences in these measures before children’s entry into the program. Considering a general reduction in art education specifically in the communities that there is limited access to art exposure in general, and specifically to music education, the findings from this study is providing compelling answers to the ongoing discussion about music’s role in the education curriculum.